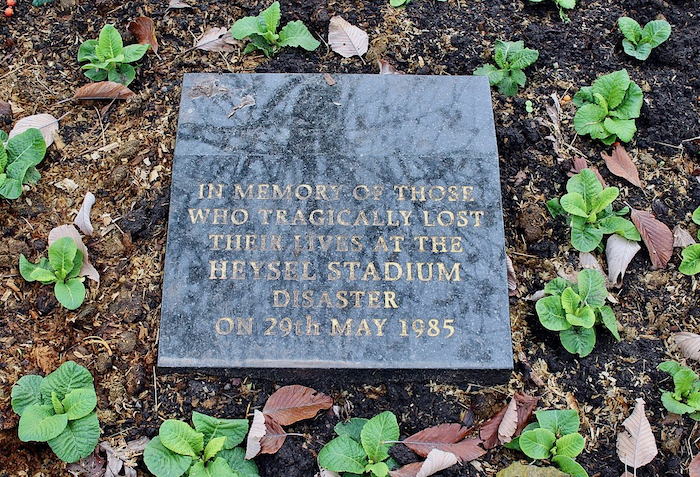 In this scenario we look at how a journalist should act when they witness a tragedy unfolding and have to decide whether to help, or to stand by and report.

The scenario also looks at how senior editorial managers could, and probably should, support their journalists working in difficult conditions.

Becoming part of the story

Imagine you are a local radio news reporter working in a city whose football team has qualified for a major European final.

Your editor holds a planning meeting a month before the game. Three sports reporters are sent to provide commentary and gather interviews, while you are assigned to cover the news angles.

The brief is to travel with the fans, stay with them in the city where the match is being played, mingle with them at all times, and file regular reports on the atmosphere before, during and after the game.

You are also asked to gather enough material in order to produce a half-hour documentary to be broadcast in the station’s news and current affairs programme a week after the game.

You arrive in the European capital, where the game is being staged, a day early to soak up the atmosphere.

On the morning of the game, the fans invite you to join in a football match with the opposition fans in the street close to the stadium. The fans are enjoying themselves. You record some of the atmosphere and a short piece for your programme. You find a phone box to send a 40-second news report on the build-up to the match.

At 4pm the police usher the fans into the stadium – more than three hours before the kick-off.

It’s cramped, the stadium is in a poor state. The concrete terracing is crumbling. The barriers are unsafe.

The fans become bored. Fireworks are thrown. They start to taunt each other either side of a thin wire fence separating the two sets of supporters. It starts to buckle under the pressure.

The police move in. Some in the crowd try to escape, others surge forward. The fence collapses, then a wall. Fans are crushed under the weight of the concrete. You hear screaming.

Many fans are trying to exit the terracing as more police arrive. You pass the wall which has fallen. Fans from both teams are trying to dig people out of the rubble. Some beckon to you to help them.

What should you do?

Reporters are often caught up in events. Most of the time we are just witnesses to incidents which we observe and report.

Occasionally, what we are seeing could be a matter of life and death. We have to make a decision, sometimes split-second, on whether it’s more important to report on the news, or whether we can offer assistance and help save lives.

It might be possible to do both, but sometimes the journalist becomes part of the story, making reporting difficult. In those cases their news priorities might have to come second.

Of course, each case has to be judged on its merits. In this particular case the reporter decided that his immediate job was to assisted fans and later paramedics in the rescue operation (and got hit with batons by police who misunderstood his motives).

He knew that his colleagues in the commentary box would be able to report on the unfolding scenes below them, and that the newsdesk would be supplied with updates – if not the first-hand experiences he was going through.

And he also knew that he might get reprimanded for not finding a way to file a live report about what was happening. But in that moment he had to decide.

But he wasn’t first with the news, despite being the closest journalist to the tragedy that was unfolding.

In the scenario set out above the reporter’s actions were appreciated by his managers both locally and nationally. Not once was he reprimanded for his failure to update the newsdesk.

Three messages of support are embedded below.

These are important, and a reminder for today’s senior editorial managers, because they show that those who manage the news understand the decisions reporters have to make, and the issues they often face, during the course of their newsgathering. 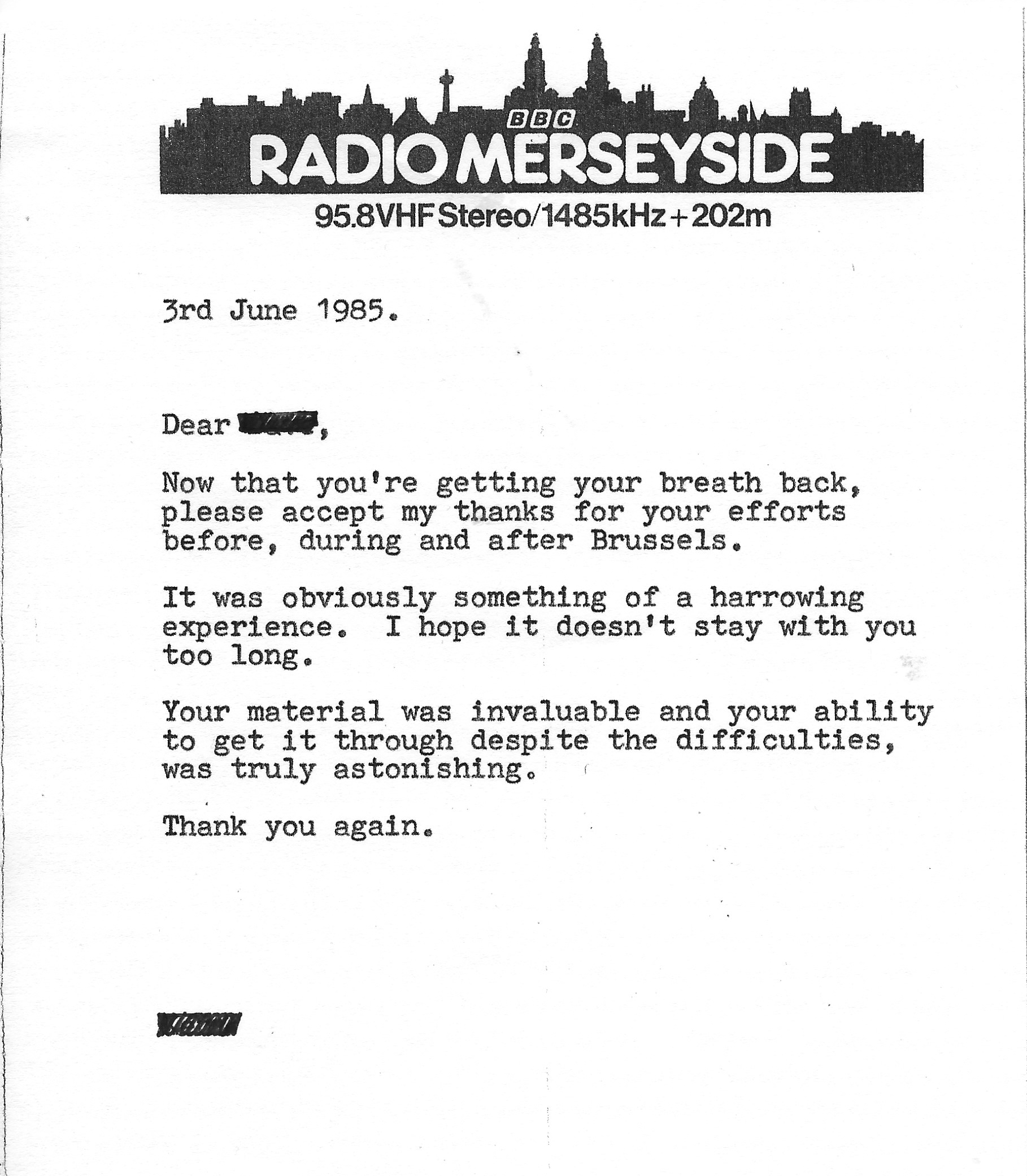 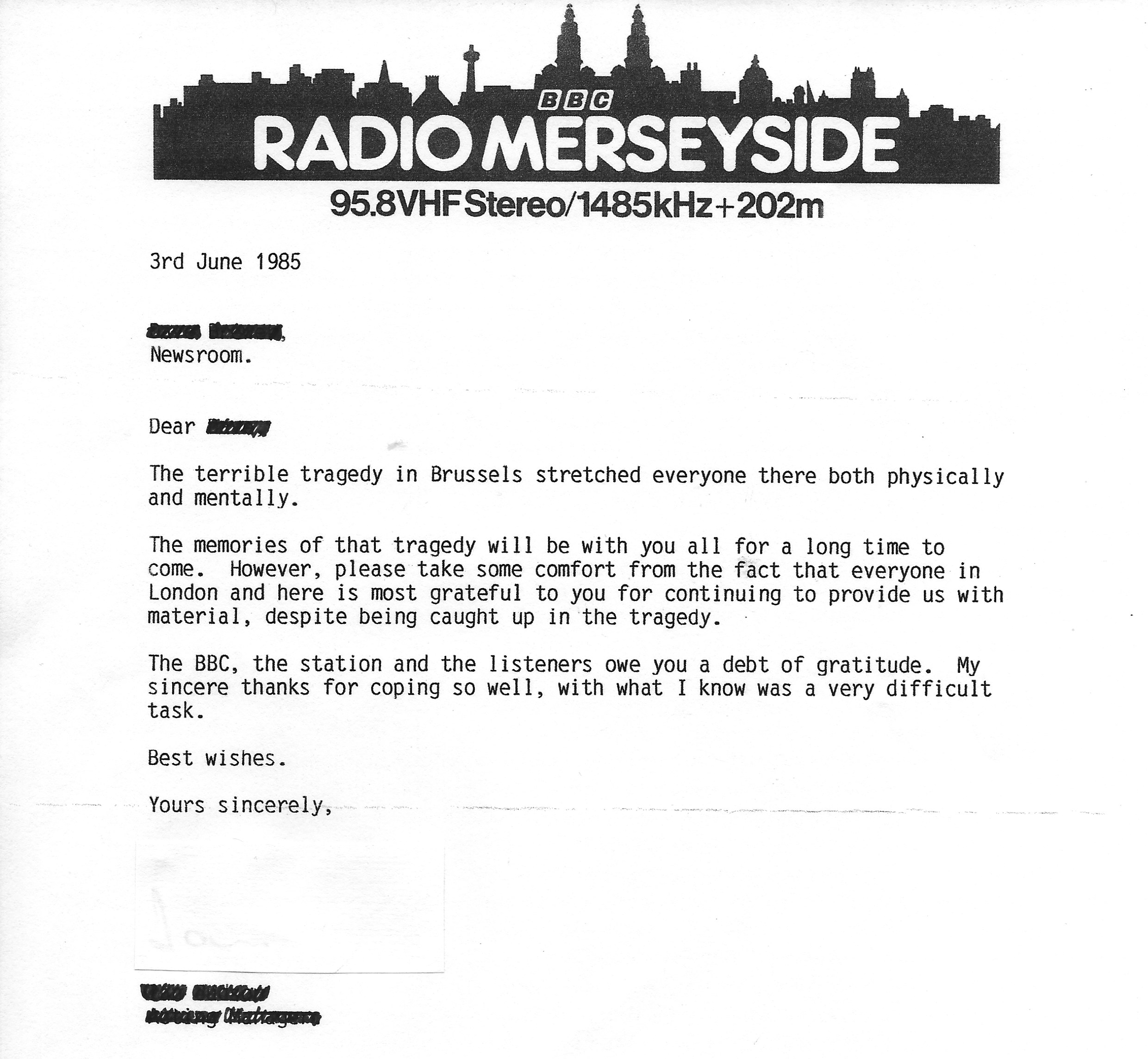 Image of memorial stone at the top of this scenario is by Rodhullandemu and is released via Creative Commons BY-SA.