A lot can be conveyed by the tone and language used by journalists covering the news. Sometimes drama, emotion, fear, panic, anger, compassion creep into the delivery.

The use of words, the body language of broadcasters, the questions asked, the answers selected, all add up to paint a picture that impacts and possibly leaves an impression on the reader/viewer.

So how can journalists ensure coverage of news events accurately informs the public debate – especially when working under intense pressure?

Getting it so badly wrong

In 1981 I was editing one of my radio reports on the sixth floor at BBC Radio Merseyside in Liverpool. I looked out of the window and noticed smoke rising from a block of flats in the Toxteth area of the city. My instinct was to drop everything and find out what was going on.

The news editor gave me the keys to the new, brightly-painted radio car. I was expected to report live from the scene in the next bulletin. I had 45 minutes to get there, park, raise the transmitter mast, establish a signal and report.

When I arrived at Myrtle Gardens the fire had spread through the entire tenement block. Fire crews were attempting to contain the flames as police tried to control a swelling crowd.

The police let me through and I was able to park close to one of the fire engines. I had just enough time to ask a fire officer whether there had been any casualties. “Not that we know of,” he said, “but there are still people in the building.”

To my left I saw people leaving the burning tenement block with their arms laden with TVs, pots, pans, kettles, and all sorts of possessions. I thought this was an important line – residents risking their lives to salvage valuable possessions. What an idiot I turned out to be.

I started to scribble a script ready to go live. I wound down the windows so as to include the sound effects of the fire fighters at work. The studio engineer back at the radio station asked me to say a few words so that he could check the audio level prior to going live.

A policeman walked up and stood by the radio car window. I tested my broadcast levels with the words “… residents are attempting to salvage what they can …”

The policeman tapped me on the shoulder. “They’re not salvaging, they’re looting and you need to move, and move fast.”

As he was speaking the hourly news jingle played, the news presenter back in the studio read the one line intro to my report, and I was live.

I can’t remember what I said in that report, but I do remember the radio car being attacked with sticks, and the police fighting off a group of lads as I tried to explain to the BBC Radio Merseyside audience what was happening. Fat chance, I didn’t have a clue.

And I have no idea what language I used, but it’s highly unlikely it would have been objective or accurate. I would have tried to describe what I saw, but I hadn’t had time to talk to anyone involved, apart from asking a fire fighter about casualties. I had absolutely no chance of figuring out the context for what I was seeing.

Was the police officer correct in describing those leaving the building with items as looters?I don’t know, I could see what was happening, but I didn’t know why it was happening, who was taking part, or what was motivating them.

I was a young reporter having just joined BBC local radio from newspapers. I was excited, frightened and confused.

And I had just become the first BBC journalist to report live from what was to become known as the Toxteth riots of 1981. The following week the BBC issued a directive that marked radio cars should not be driven into riot situations.

Thirty years later, in 2011, I turned on the TV to see rioting in the streets of London.

Some of those reporting from the scene used language such as “mindless violence”, and “violent mob”. The reporter on the scene was clearly frightened and caught off guard. She had clearly not had the chance to research the background to the event. I double she had at that time spoken to any member of the “violent mob”. Was what she was witnessing “mindless violence” or was it organised? The report didn’t make that clear. Who was behind it and why? What had happened to reach this point?

As I watched the reports I wondered what we have learnt in the 30 years since the first major inner city unrest.

How can we do better? Probably by taking time to figure out what journalists should and should not do in such circumstances. My rule, from that day on was to only report verified, sourced and attributed facts – never my opinion, my personal social perspective, or my emotions – certainly not my assumptions.

The reporter working on a breaking news story can only really talk about what they can see. If well-briefed they can add some background information about any related incidents, but they need to steer clear of any emotionally-charged descriptive words that could paint the wrong picture.

Just report on what is in front of you. At that stage in the story’s development it’s about what is happening and how it is happening. Why it is happening can be left to interviews with those involved, correspondents, and analysts.

For the reporter on the scene it’s about what you can see relayed to the audience without any assumptions or value judgements added; they will only pollute your journalism and distort the news coverage you are hoping to provide. 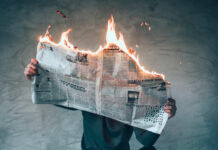 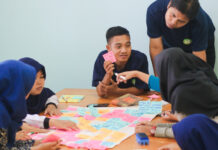 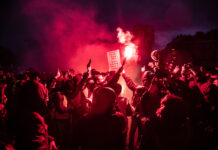 Information disorder – how to recognise the forms 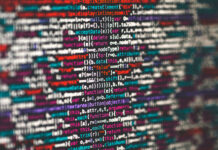 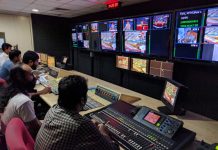 How to handle a breaking news situation 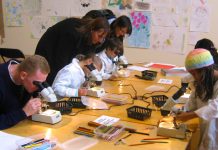 Tips for writers on spotting errors in copy 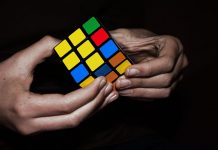 The relationship between journalists and politicians 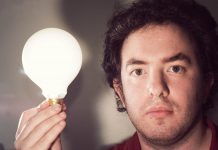 How to motivate journalists – tips for editors 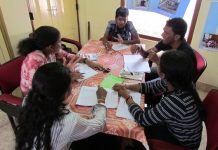 You can disable those cookies by using the opt-out button below. If you do Media Helping Media will still work perfectly well without them. If you are happy to continue using Media Helping Media and accept the 'necessary' cookies please close this pop-up, click 'accept' and continue.
Privacy Overview